​A life long animal enthusiast, I have spent my lifetime gaining knowledge of many different animals from the domestic cats, dogs, and horses to exotic animals including: birds, llamas, Class 1 cats (wild cats), elephants, camels, zebras, and many more.

Throughout the years, I have not only been a pet owner, but I have also been an award winning horse breeder and worked as a veterinary technician in the St. Louis area.

I grew up in Connecticut and was conveniently located near RW Commerford & Sons Inc. Commerfords is a travelling petting zoo that not only worked a number of fairs on the East Coast, but would bring their animals to you for special occasions or events; i.e., the Opera Aida, the lighting of the White House Christmas trees and several TV commercials.

Working with RW Commerford & Sons was my first job and I worked there for 14 years exhibiting, training, and eventually co-managing hundreds of animals (including:  elephants, camels, giraffes, zebras, exotic cattle, goats, sheep, emus, macaws, cockatoos, and different species of monkeys.

During my time on the East Coast, I learned from and worked with Circus Hall of Famer John Harriott, who is known for his amazing knowledge of training Liberty circus horses, and Amy Maguire, who was one of the first successful African elephant trainers in the United States.

After meeting my now husband, who worked for Hallamore Clydesdales driving their eight horse hitch, we moved to my husband’s home state of Minnesota and opened a 40 stall horse boarding facility, traveling a petting zoo, carriage ride service and provided teams of draft horses for a local historical attraction that transported their guest via horse drawn trolley. We also showed anywhere from a single cart horse up to a 6 horse hitch of Belgians at the local county fair horse shows.

Even though we loved our lives in Minnesota, my husband was offered the opportunity of a life time—a position with the Anheuser Busch’s famous Budweiser Clydesdale division.  Moving us to Florida, I continued to expand my animal horizons working with renowned dog/animal trainer Joel Slaven, training dogs, cats, free flying birds, miniature horses, rats, pigs, etc for a show at Sea World, “Pet on Stage.”  Working with Joel as one of his trainers, greatly increased my knowledge of managing and training domestic animals and animal husbandry.

Although I enjoyed working with Joel tremendously, when “Amazing Animals” was being set up on International Drive and needed assistance, it was an opportunity that I could just not pass up. Taking my past experience with RW Commerford & Sons and combining it with the opportunity to work with the amazing tiger breeder & trainer Josip Marcan, I became licensed in the state of FL with the USDA & FL Fish & Game for Class 1, 2 and 3 - Most Dangerous (non-venomous) animals.  Then, I was set to be in charge of purchasing and adapting the animals that were to be part of this “up close and personal” exotic animal attraction.  Our animals included:  Siberian & Bengal tigers, an African lion, 2 different species of leopards, a zebra, a giraffe, several reptiles including monitors, several species of snakes and over 100 alligators.

In 2001, my husband was promoted through AB and we relocated to a small farm in Hillsboro, Jefferson County, Missouri.  Our first twelve years in Missouri were focused on breeding, showing and selling Andalusian horses.  We won many National Championship titles in halter, driving, and performance.  The results of our small breeding program earned us the title “Breeder of the Year” in 2008 and two times “Top Show Horse of the Year” by the International Andalusian & Lusitano Horse Association (IALHA).

At the end of 2010, we made the decision to slow down on horse breeding and showing.  We slowing started acquiring different species of the animals I worked with and loved in my pass.

Today we are back into the business I grew up in & loving it! Animals *R* Us - Mobile Petting Zoo. We are a first class operation with a life time of knowledge about the animals we own and display. Happy and healthy animals are ready and waiting to come to your event! 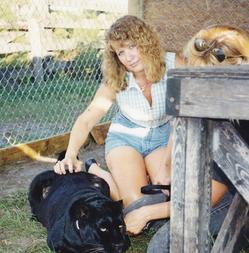 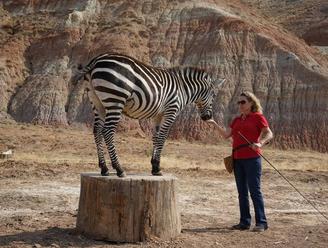 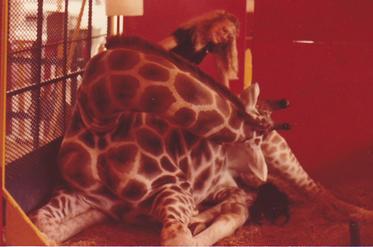 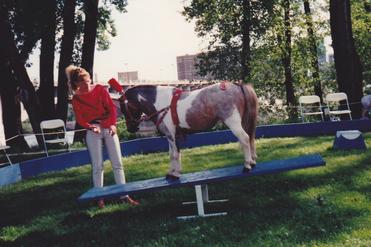 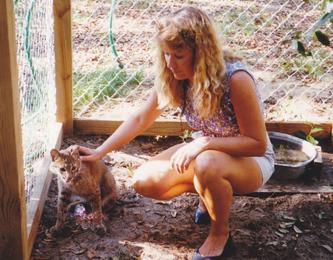 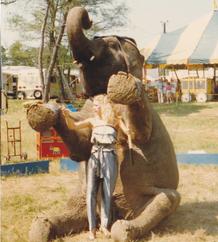